The Taste of Regret 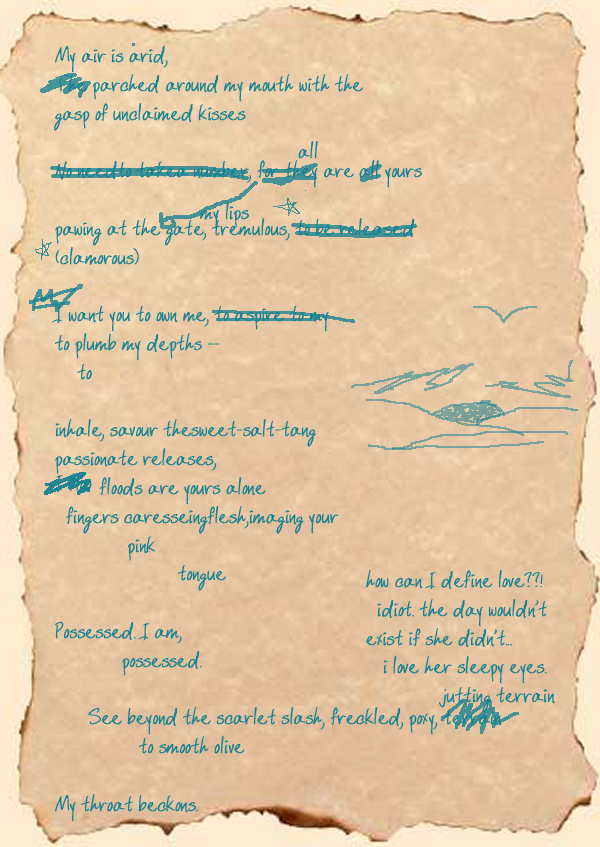 She adored the perspective from the view of the Astronomy Tower. Tapping the box of clove cigarettes against the butt of her palm, Lavender scowled before grudgingly giving the splendiferous sunset its due. A quick Incendio and a drag later, the mellow fragrance traipsed into her lungs. She'd only picked up the habit during the War, but when she felt bereft, not uncommon these days, she indulged.

And why the fuck not?

Scandalous scarlets, violets, and oranges beckoned to her. She sniffed at their forwardness, as though their riotous camp would have some effect on her. The students knew she had far more reputable skills than her predecessor, Trelawny, but most of them dismissed her classes as peripheral, part of the post-war detritus they needed to sit through but not pay attention to. Lavender knew this, accepted it as she had found herself absorbing so many distasteful, utterly unacceptable elements to the end of the War. Voldemort was dead. This was a good thing. The greater tragedy was that her lover, her beloved, dearest Parvati, had also been subsumed in the fractious infighting of shadows and turncoats. Parvati loved Lavender more than anything, she'd said, but she just had to try and find her twin, stolen by the Death Eaters in an inexplicable raid on Hogsmeade during a Hogwarts visit their seventh year.

She inhaled deeply on her cigarette, holding the burn in her lungs until she was ready to release it to the gloaming. With it went a sliver of the anger that burned her, causing a flush to her normally luminous skin. She'd only discovered Parvati's feelings for her a fortnight before Parvati went missing - missing - the parchment-scrap peeking cheekily underneath her tidily made bed. Lavender had read it dozens of times before Parvati returned from her daily meeting with Padma, both sisters dreadfully worried about what the future held and how to escape their parents' scrutiny.

Parvati's mouth had made an irresistible, ruby circle, her normally masked visage one of abject fear.

Olive-skinned fingers had tumbled against each other as Parvati worried them, anxious and embarrassed.

Her hands had stilled. Lavender strode to Parvati, her hands trembling as she allowed her thumbs to express their ecstasy in short caresses on Parvati's cheekbones.

Liquid-chocolate looked up at her, slim fingerpads daring under Lavender's uniform, clutching against the back of her hipbones. There was a nod, and with that, Lavender's attentions were occupied in watering the desert lands Parvati had mentioned in her poem. Lips, tongue, fingers and flesh were hers to lave, suckle and explore.

Brought back rudely to the present, Lavender shuddered with a melancholy chill and ground out her cigarette. It was no consolation, not at all. Paper and parchment were dry and lifeless, nothing like the warm skin of her dear one…

Despite her wishes, the nights refused to become shorter.

Back to Harry Potter Fanfiction
Home